A story about a great quest to renovate and uncover the history of the 1941 KdF (VW) Beetle chassis number 20. A story about searching in the archives of our turbulent modern history.↗kdf41.com

You will learn about every important detail of the car’s reconstruction from searching in the archives of post-war Czechoslovakia, through the in detail reconstruction process, to the first ride of this gem.$ Buy the book 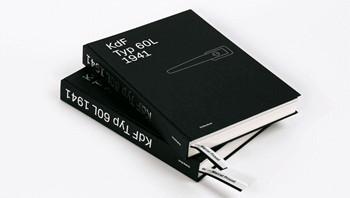 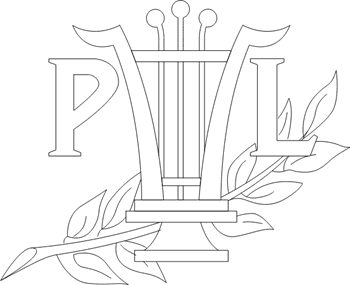 Since Volkswagen Beetles first entered mass-production in 1941, it was evident to everyone involved in this project from the beginning of the reconstruction, that rebuilding a 1941 KdF Type 60L would be very complicated.

There is almost no visual material from the first year of production and not even blueprints, unlike cars from the prototype series. There are many photographs of pre-production cars as well as blueprints.

Early on in the reconstruction process the idea was born to document the entire demanding process of searching and reconstructing, and to record all the information in the form of a book. A book, a record in time, which will preserve all of the challenging work, not only for me, but also for future enthusiasts of these beautiful cars.

In the book we documented everything from the moment we discovered that it was a car with a numbered body. We were so excited to discover that numbers 1—19 didn’t exist or were not yet known about and were waiting to be rediscovered. The book will take the reader to the archives of post-war Czechoslovakia while searching for the history of the car and especially for its first owner, the Berlin operetta composer, Paul Lincke.

The reconstruction process will be shown completely openly, including both the parts which were successful and those which had to be redone for the reconstruction to be as faithful as possible to the period in which the car was manufactured.

Designer of a book

„A story about a great quest to renovate and uncover the history of the 1941 KdF (VW) Beetle chassis number 20. A story about searching.“ 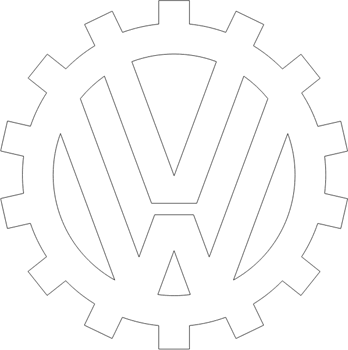 In this section we would like to publish interviews with people who were involved in the reconstruction of the car. We are honestly very happy to do this because these people are not just craftsmen but almost artists creating a technical work of art.

Fist we would like to introduce Mr Jacek Krajewski, the owner of the Polish WW2VW workshop where the entire reconstruction took place. Jacek was actually the catalyst for finding Paul Lincke’s car and at the same time became a partner for the whole reconstruction.

The second person is Tomek Sobkowiak from Vintage Volkswagen Service in Poznan, Poland. Tomek contributed to the reconstruction of the car with all the electrical equipment and cabling.

Jacek Czechomski, an employee of WW2VW, is the third intreviewee. Jacek literally put the car on its wheels.

Last but not least are Kamil Groskrejc a Maciej Markiewicz who took care of the excellent painting of the car. 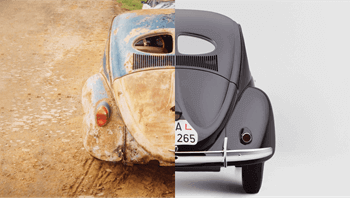 Owner of the Polish WW2VW workshop

„This is one of the largest books about VW Beetle ever published.“ 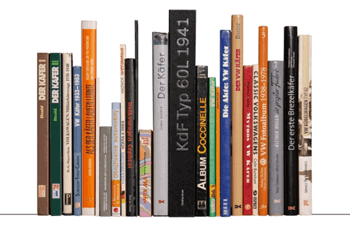 The reconstruction of the car was done with big attention to detail. The same attention was also with the design and producing of the book. The book in large format was printed on high-quality paper with perfect offset printing (high-quality printing) and it was bound in hardcover with black canvas with silver embossing.

The same lavish attention that we paid to the reconstruction of Paul Lincke’s car was also naturally paid to the contents, look and feel of this book. The book is large size with over 350 pages where you can find, in addition to text, more than 250 professional studio photographs. We will also publish scans from the archives documenting the history of the car for the first time in the history. 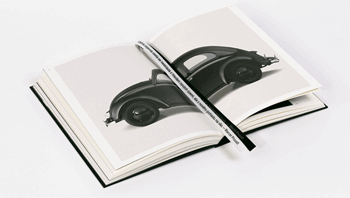 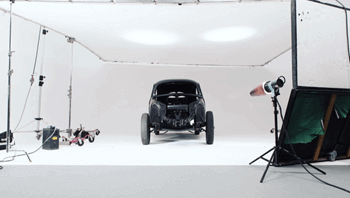 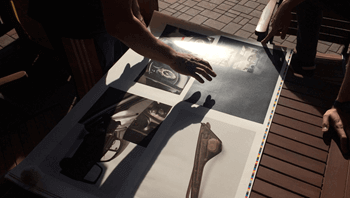 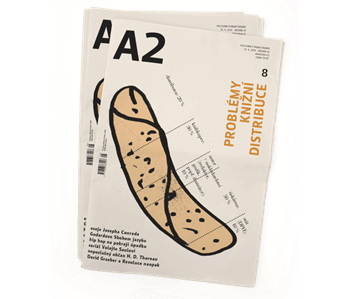 The A2 magazine in number 8 in 2015 described the issue of books distribution and points out how extremely unbalanced the book market environment is. It analyzed the practices of booksellers who, thanks to a consignment sale, carry almost zero risks. For their 'service', they claim the majority of the price of the book. The author shares the rest with the publisher, editor, illustrator, translator, and photographer. Often, the remainder is even lower than the amount of the tax for the state on the sale of the book.

Why should we give over 80% of the price of a book we've been working on for more than four years to someone who doesn't share our business risk with us?

Isn't it time to leave these old structures out of the process?

The Kickstarter platform is an effective tool for publishing a book on its own. Applicants will financially support the project during its creation and thus ensure a sufficient budget necessary for the realization of the project. The Kickstarter takes 8% commission for mediate this service, it is so tempting that wasn't over to think about it.

We chose the following procedure. Use the campaign to create a community of potential buyers, which we then target with our Kickstarter campaign.

How to let the world know about yourself

The first step was to start talking about the project. Thanks to PR, journalists have written over 15 unique articles about us in the world. We got the entire double page in the press, and the report about us ran at the Czech Television's prime time. These activities have brought us about 5 million impressions and over 20,000 web interactions. These web-based approaches have been fully organic, for free. 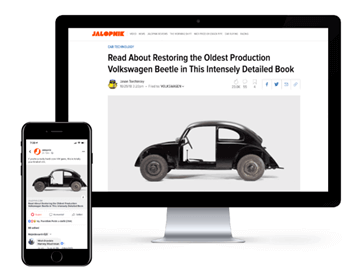 Jalopnik is one of the world's largest online motoring magazines. The article about our project appeared not only on the main page but also became a topic in many categories and forums.

Aktualne.cz is one of the largest news portals in the Czech Republic. In the automotive section of this site, our topic has appeared in a special article and editorial. 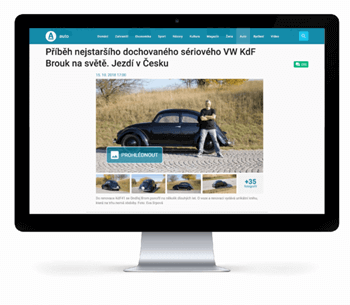 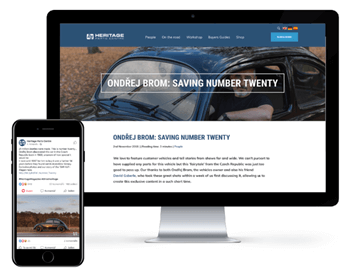 Heritage parts center is a specialized e-shop and magazine followed by VW enthusiasts around the world. By supporting this media, we have managed to hit our specific target group directly at the heart chamber.

The community site from TopGear was the ideal platform for spreading our theme among the general community of car enthusiasts. 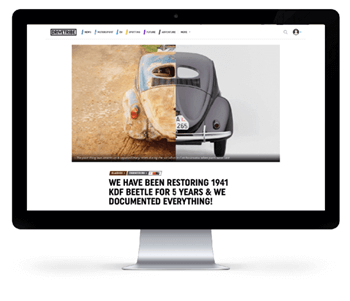 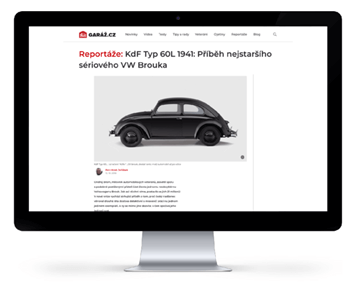 Garáž.cz is one of the leading car TV shows in the Czech Republic. The KdF41 project was presented here by a report and it was a great success.

The second step was to prepare a quality content campaign for social networks. We planned 90% of the posts in advance and cut our hourly document into short videos that served as the backbone of the campaign. 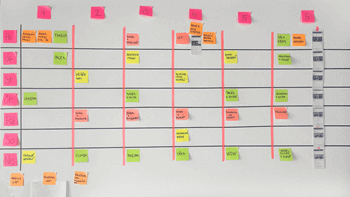 In six weeks we produced 54 posts. With great content marketing, we've gained over 2.2 million impressions and users have made 148,534 interactions. During the campaign, we have got more than 3,000 new fans of the site and collected 118,193 unique views of the video content. 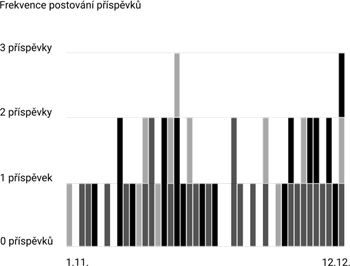 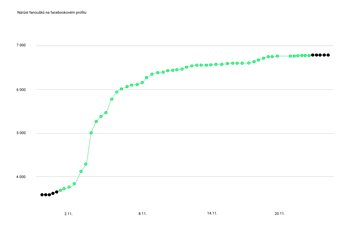 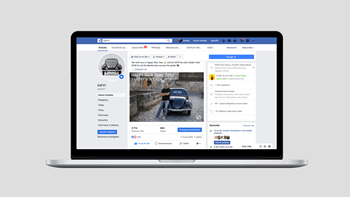 Activation of the community

This strategy allowed us to bring over 35,000 unique visitors of our Kickstarter profile, where our every 80th visitor supported us. 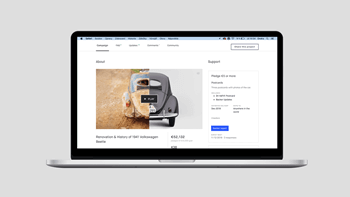 Thanks to the effective focus of the marketing, we were able to collect over $ 55,000 for $ 1,000 invested in the campaign and thus exceed 157% of the required amount. 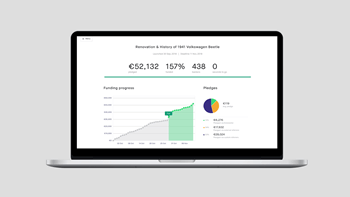 After the book was made in the BOOM Printing Printer there was no choice than send books around the world and wait for readers to respond.

And the feedback made us extremely happy ... 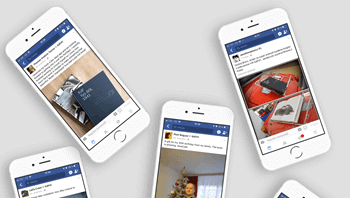 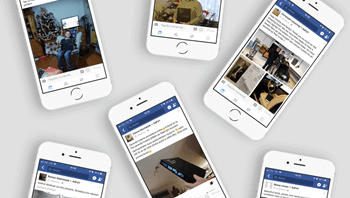 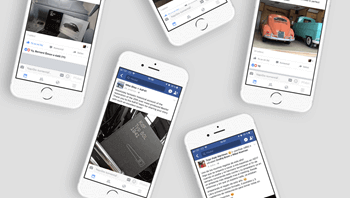 The final icing on the cake is the award of our five-year effort by third place in the Most Beautiful Czech Book of 2018. 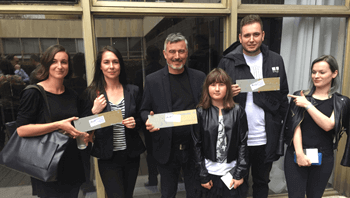 We design 21st century solutions for media and publishing houses.